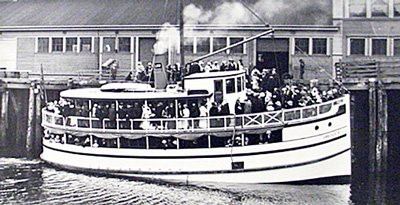 The original Mosquito Fleet was comprised of about 1,000 small, independent boats that transported people, supplies and mail among Puget Sound shoreline communities from the mid-1800s to the 1940s, when the forests were too thick and the ground too wet to build good roads. 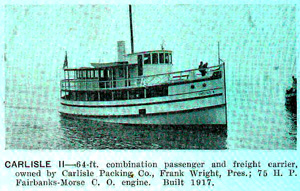 The Carlisle II first carried freight and passengers between Bellingham and the Carlisle Packing Company's salmon cannery on Lummi Island. In 1923, it was rebuilt as a tug boat with space for some cars and ran from Gooseberry Point to Lummi and Orcas Island.

The Carlisle II could have gone away had the company realized how much it was going to cost to repair it in 1980, Nearhoff said. Smith put almost $300,000 into the ferry in 2000 and Kitsap Transit completely renovated it again in 2004 with a new engine, generator, wiring and planking.

The agency is paid to move people, not preserve the past, and that was its prime motive for restoring the boat. It's the only one in the fleet big enough to handle the Puget Sound Naval Shipyard commute and, surprisingly, the most fuel-efficient.

View displays and learn more about the history of the Carlisle II and Mosquito Fleet at the Kitsap History Museum in Bremerton and and at the Sidney Musuem in Port Orchard. 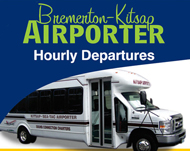